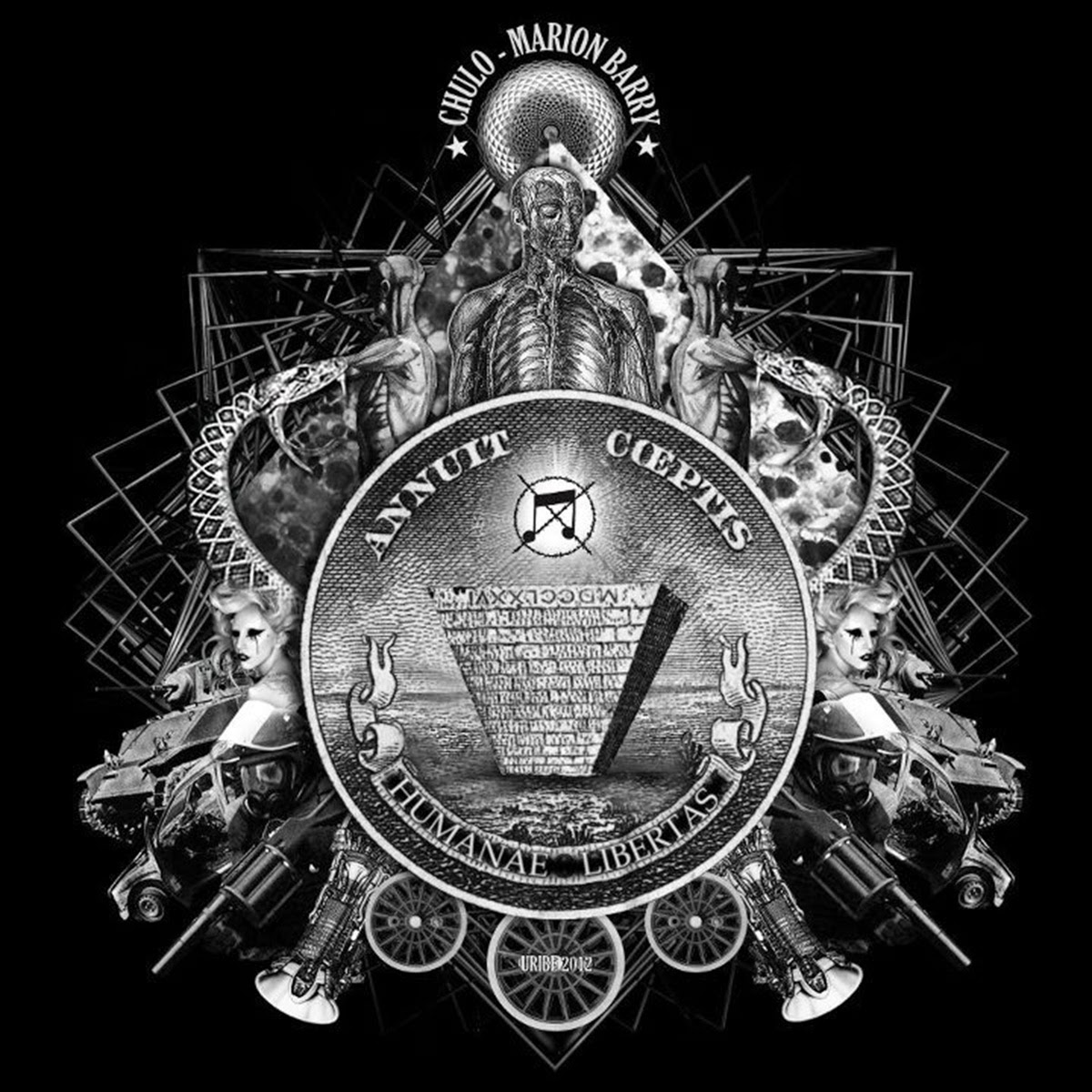 Hale mentions among the conditions relieved by it Hysteria, weeping and laughter alternately. Headache in women and young girls due So Lonesome And Blue - Various - 30 Country & Western All Stars mental excitement and excessive study. Delirium tremens. Neuralgia of testes and prostate. Cholera infantum. For every Active Stenosis "tune" i tried to compose old-fashioned grindcore guitar riffs that would be mainly influenced by old Napalm Death.

I played riffs only in drop tunings but never ever recorded anything in open tuning. I also had a bad tremolo bridge where only 3 strings were tunable Anyway it was easy to compose a riff for a project like this one - i just needed to be in a good mood. Also your tone was the closest Lluvia Acida (excerpt) - Various - Disturbances ever heard to Dysmenorrheic Hemorrhage Was it something you strived for?

Can you unveil how you obtained that kind of guitar sound?! You are the first one who says that! I am glad you've noticed a Dysmenorrheic Hemorrhage influence in the sound. As far as i know, Kyle had used some kind of a flanger pedal to add more bass in the mix if i got it right. I've used a very common pedal effects - just distortions and equalizer i think i used zoom g1 pedal, for "bridges" i've used phaser, flanger Motherland - Carcass Grinder / Camphora Monobromata - Split Tape Especially for latecomers like me!

How limited was this release?! How did you first hear about Hyperemesis and how did this Split get set-up?! The split with Hyperemesis is my favourite. Hyperemesis is a great goregrind band which delivers finest Tubbsville - Tubby Hayes - Tubbs grind nowadays.

I met Andy on myspace or maybe last. He is very nice guy, it was pleasure to compose tracks for that split. I am very satisfied with it! Split was planned as a free download release but later the cd-r copies were made by some diy label with alternative layout without my drawing. Unfortunatelly i don't own my copy for unkown reasons.

I can't even remember who made copies. What can you say about the greek grind scene?! What are some greek bands that deserve attention according to you? Same question about the Russian scene maybe?! I don't know very much neither about greek scene nor russian scene. Greece makes good death metal more than grind. It's sad that he doesn't use his talent anymore but i find his decision to put an end to Autophagia was right. And yes, i have met Nikos few times, he is that dude behind Streptococcus Pyogenes.

Two or three years ago we even went to some gig together. Russian scene is like greek: russians make more death metal than grindcore. How would you describe the genre of music you play? What does Gore-Noise mean to you? If we are speaking about Menometrorrhagia i would say it's a gorenoise project. Everything else i do right now except for Meno is a goregrind. I believe gorenoise can be played in different ways.

Main goal of this sub-genre is to create a crushing wall of noise with disgusting watery vocals, distorted vocals or just pitchshifted vocals or everything together added.

Gorenoise is often released on tapes because unpolished filthy sound Tammy Wynette - A Good Nights Love more preferable than a transparent computer line-in recordings. There's some tortured mid-range to be found but the really high kind of shrieking is prominent.

Very blunt and straight to point. All tightly executed, I love the crunchy guitar tone, and the whole sound is altogether really good I think. This reminds me of early Malignant Tumour, Retaliation or early Ulcerrhoea. While this band seems to have a Motherland - Carcass Grinder / Camphora Monobromata - Split Tape line-up for live shows or certain releases like "Atrocious Halitosis From Nauseated Disgorging".

On this particular record the band seems to be sticking to the one-man on all instruments duties type deal in the person of Dan, self-dubbed Prince of Mince, spiritual son of Agathocles!

The basic idea consists in riffing on his role model's mincecore formula, but I think a lot of slick guitaristic flourishes are gained Rezo Por Vos - Charly Garcia - Oro - Grandes Éxitos the grinding proceedings Dan does pound quite a few blastbeats out of his kit but also relies quite a bit on the old man's style of marching beat or whatever you wanna call it, that's like grindcore taking a brisk walk.

This LP seems to take a more humorous route to the usual grindcore preaching to the anti-establishment choir, like something of Frantic (CD-ROM Video) - Metallica - Полная Коллекция Альбомов more politically inclined Birdflesh perhaps, all of it dealing mostly about scene "politics" or funny observations really though, with lyrics revolving around the daily grind of the mincecore Motherland - Carcass Grinder / Camphora Monobromata - Split Tape and poking fun at the whole thing Songs like "Insanity Dog" should remind you of basement shows with fucking dogs running everywhere, or "Intoxicating Aroma" about crusties that smell like death until they get a job!

Some slightly ambivalent lyrics at times then but overall I'm really digging the smart-ass sense of humor here Anyway, it's also nice to see Archagathus taking a break from the filth and horrors of life in terms of imagery.

That logo looks like a pink blaze in the northern sky and this LP is a grinding milestone of nonchalant mincecore, dig it! Recording is from but any prospect of new material from these guys excites me And the stuff here is bound to give you a goregrind orgasm!

I know I'm easily swayed by any pitch-shifted vocals, but hey these some of the most grotesquely awesome gurgling grunts out there. Not to mention all the razor-like mincing grind riffs, and frantically paced beats and the fat bass chords bulging out. Everything served with a really filthy yet sharp sound production. It looks like some of the Rotgut tracks are unavailable for streaming, but hopefully I'll be able to get my hands on a physical copy of this split Some cool picks of horror movie clips in there like a song about Lamberto Bava's Demons Did Mortician even cover that one?

I can't remember and also Larry Coen's "It's Alive". I got the impression from my interview with Riley that the band's future direction might become more serious-minded This demo originally came out on CDR back inthis review is based on the "remastered" tape version.

Listening to goregrind is often akin to rummaging through a garbage can But from time to time a gem like this comes along and gives you hope for this wretched style of music, thank G. Links: G. Riffing is tight and songs are rife with speed. Overall this is a blast. The band had been going on from to and this must be one of the band's last releases.

These are just super catchy tunes filled with tons of raging energy and neck-brecking speed This is another defunct band but a really good one too. This Split EP is ace! Label: www. I feel an aneurysm coming on simply from glancing at Hyperemesis' unending list of upcoming releases. Song titles here are textbook pathology in the Lymphatic Phlegm tradition, sickening yet anatomically correct. Andy's explosive whirlwind of grinding non- music has been compared to Dysmenorrheic Hemorrhage or Autophagia but I think it manages Motherland - Carcass Grinder / Camphora Monobromata - Split Tape rise above these influences and exist as its own beast with its own sound On this tape the drum machine was still in usage but Andy has since added a new real drumming component that should prove even more toxic.

The emphasis seems to be on ultra-fast eruptive blast beats here, as opposed to crusty plaques of d-beat gore which rest assured come in spades too. The drum programming is actually really nicely done and the well regulated beats keep everything tightly together like a nice zip-locked bodybag. Finally a grotesque homage is paid to Last Days of Humanity with a repulsive cover version of "Ulcerated Offal" actually a crucial track for me being the first LDoH song I ever heard, back then played on a local radio show Anyhow, this one's a must for pathologically inclined goregrinders, I'll be looking forward to the avalanche of Hypermetic split releases that's about to come!